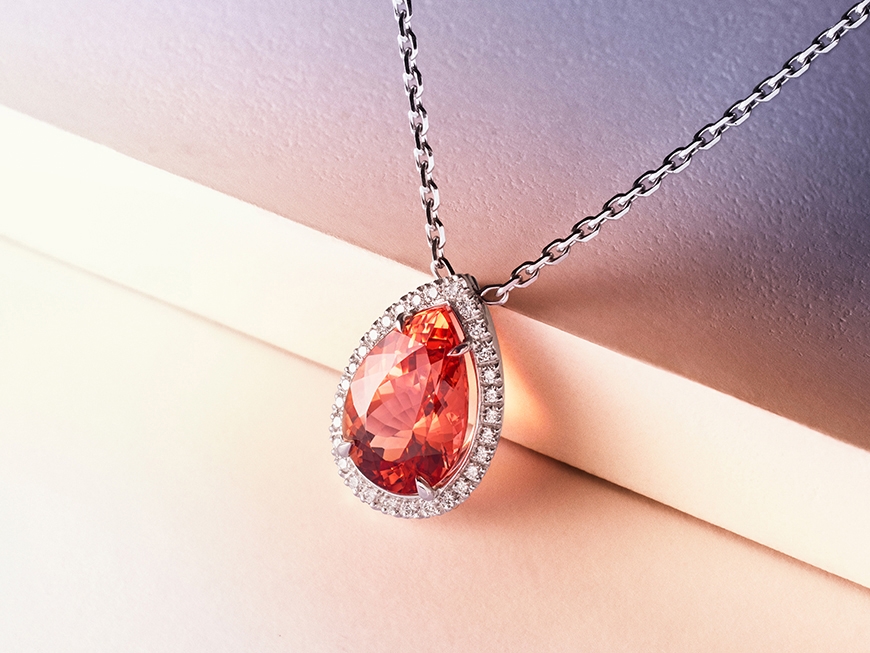 Topaz has been one of the most appreciated stones since the Egyptian Antiquity particularly when it comes to the ones with the remarkable sunset hue. It symbolised the might of the Sun god Râ.

The Topaz family can adorn various tints from colourless to yellow, orange and even pink. Blue Topaz is very rarely natural. Thanks to the strength of its colours, some hues of Topaz can be very similar colored Sapphires (see our article “Sapphires aren't always blue”).

The most sought-after Topaz are the pink and the “Imperial” ones.

The “Imperial” hue is a specific red tinted orange. It was named after the Russian Tsars. In the XIXth century Topaz major source of supply was the Ural Mountains. Nowadays these deposits are depleted. Today’s main Topaz production country is Brazil. The sole deposit of Imperial Topaz in the world is located near the city of Ouro Preto (“Black gold” in Portuguese), in the Minas Gerais district. This city has been a UNESCO World Heritage site since 1980.

City of Ouro Preto, in the Minas Gerais District, Brazil.

The crystal system of the Topaz is orthorhombic, meaning it is a rectangular lozenge-based volume. This elongated crystal form is ideal to cut oval, pear and column shapes to maximise the volume of the cut gem. Even if Topaz is resistant to abrasion, it is particularly delicate to cut due to the presence of consequent cleavages within its structure. A cleavage is a fracture caused by mechanical pressure in some minerals. It occurs during the cutting process if there is a point of weakness. A cleavage is always parallel to the original crystal form.

Following the discovery of this fascinating gem, we decided to create a refined pendant to enhance the elegance of its features. The several tons of colour of this 4,66 carats Imperial Topaz are enhanced by a EF VVS quality Diamond entourage. This natural Topaz is hosted by a double base bezel thus allowing the light to go through the stone and to bring it more shine. The four-pointed prongs, also named “cats’ claws”, maintain the gem. The final touch are a few bezel-set Diamonds adorning the 18k white gold chain.

Topaz is the November birthstone and celebrate the 23rd wedding anniversary.

Specialized exclusively in natural stones, unheated and untreated, all our creations set with precious stones are delivered with a gemological report of an internationally recognized laboratory and with a certificate of authenticity to clarify indisputably the origin and the nature of the stones presented.