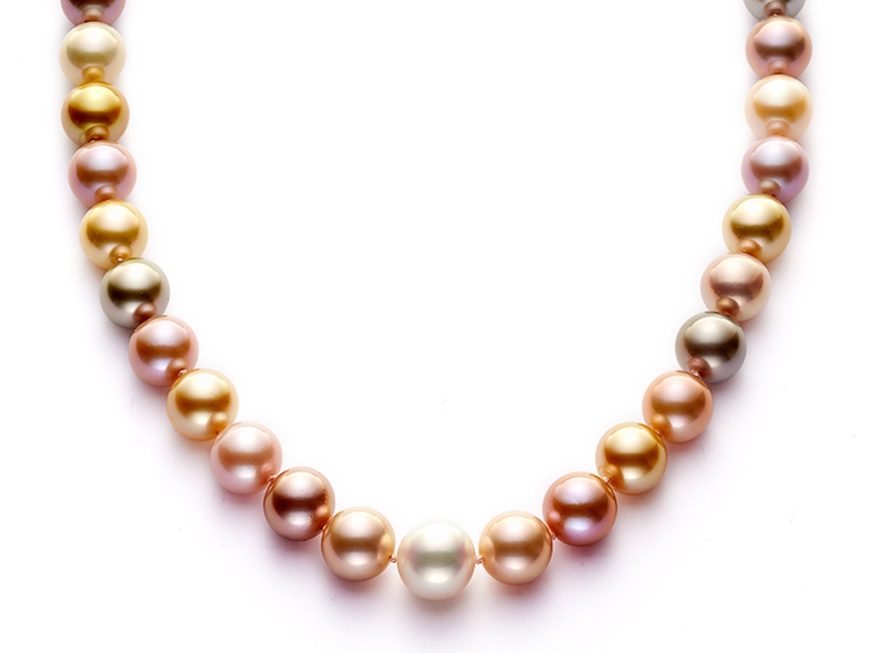 A pearl is formed when a foreign element enters the interior of a mollusc. In order to defend itself, the animal secretes several mother-of-pearl layers and trap the intruder. This phenomenon is common to all each pearl. What makes different a fine pearl and a cultured pearl is the human input.

The pearl is created free of human link.

In the past, pearl harvest was carried out by snorkeling Aborigines. When the Settlers arrived in the town of Broome, in the Kimberley region of Australia, the Master Pearls took these experienced divers on their ships, like that they boarded the hosted shell of the precious mother-of-pearl.

At that time in Europe, the fashion was about pearly buttons. Jewelers began to use the rare pearls into their creations. With the success of the Australian pearl, the Aboriginal divers were no longer enough.

So, Pearl Masters brought in Malaysians, Javaneses, Chineses and Japaneses to increase the harvest. This is how the small town of Broome became the world capital of mother-of-pearl at 80% of production. But faced to this demand, natural pearl formation was no longer enough. We are talking about the birth of the cultured pearl ...

The cultured pearl, as its name suggests, is helped by Man.

In fact, humans insert what is called a nucleus, which will play the role of the parasite within the shell. Today, the nucleus is very often a small pearl ball. A graft is also introduced and will allow the formation of the pearl bag, which will accommodate future pearls.

Once the intervention has been accepted by the mollusc, it will take 18 months to obtain approximately 0.8 millimeters of mother-of-pearl thickness. But only 2% of oysters raised will provide good quality pearls. This technique was discovered in 1893 in Japan by the researchers Mise and Nishikawa and was marketed by the entrepreneur Mikimoto Kokichi from 1920. There are 4 varieties of cultured pearls. Their differences are mainly due to the variety of oyster used.

Indonesian pearls have a range of colors from white; whose reflections can be silver, cream or green; with champagne, passing by the best known but also the most expensive on the market, the Gold pearl, of intense golden color.

Australian pearls, on the other hand, are known to have the purest white. The perfectly round design of a pearl is the most awaited. But there is also a relief, called Baroque. Charismatic, this form, less known, is rare.

These South Sea pearls have the distinction of having a substantial diameter: between 9 and 20 millimeters. This is due to the mollusc with white or golden lips, "Pinctada Maxima" which is the largest pearl oyster specimen in the world. Its size can reach up to 40 centimeters in diameter. 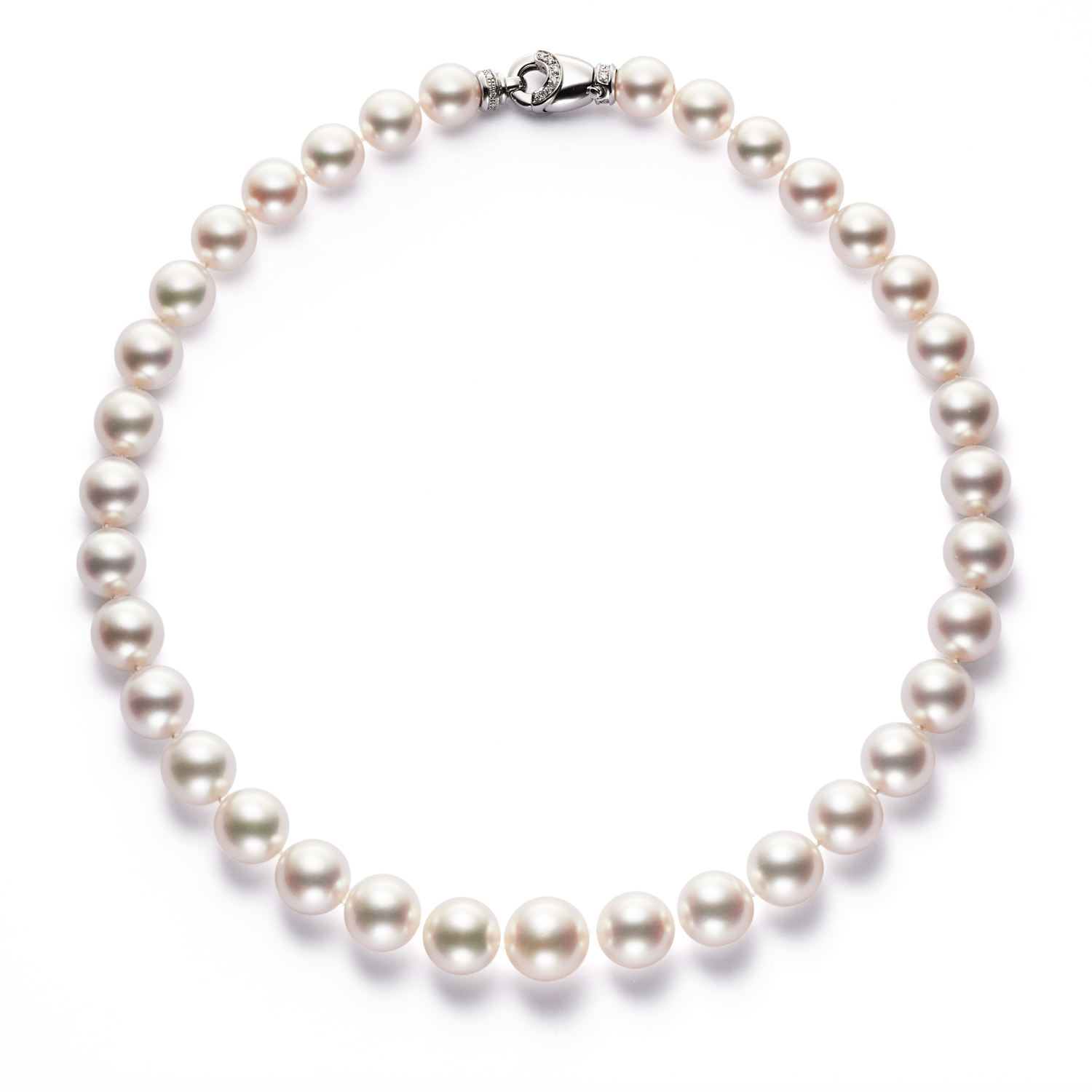 Cultivated since the 1980s in French Polynesia in the archipelagos of Tuamotu and Gambiers, Tahitian pearls have exclusively dark hues. Going from black to silver grey, bluish grey, green, eggplant and "peacock feather" color. 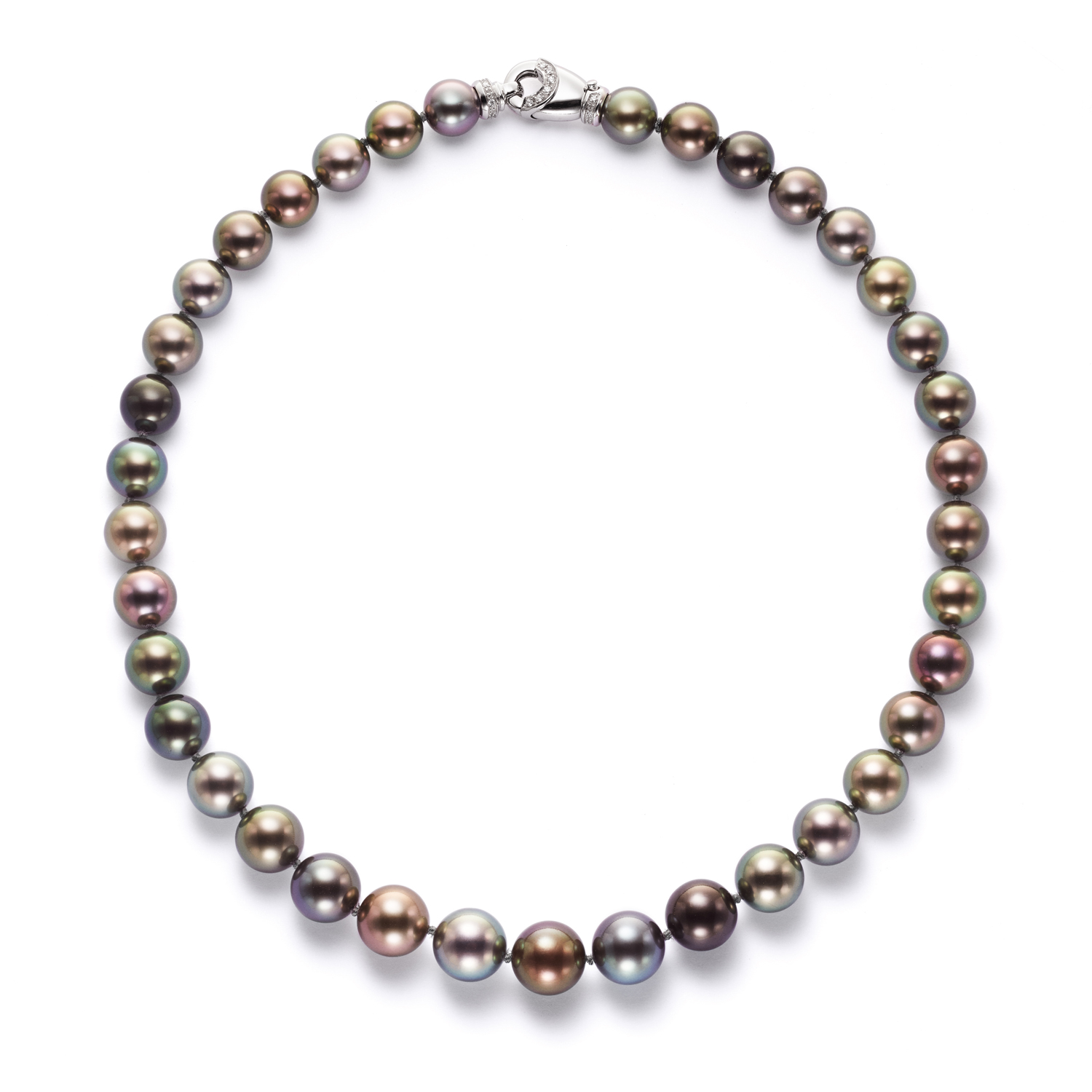 These pearls also have multiple shapes. Round, near-round, drop, baroque and circled. The diameters of these pearls from the oyster "Pinctada margaritifera" sometimes called black lips, are generally between 8 and 14 millimeters. Sometimes 16 millimeters. The exceptional record, a pearl having reached 21 millimeters ! 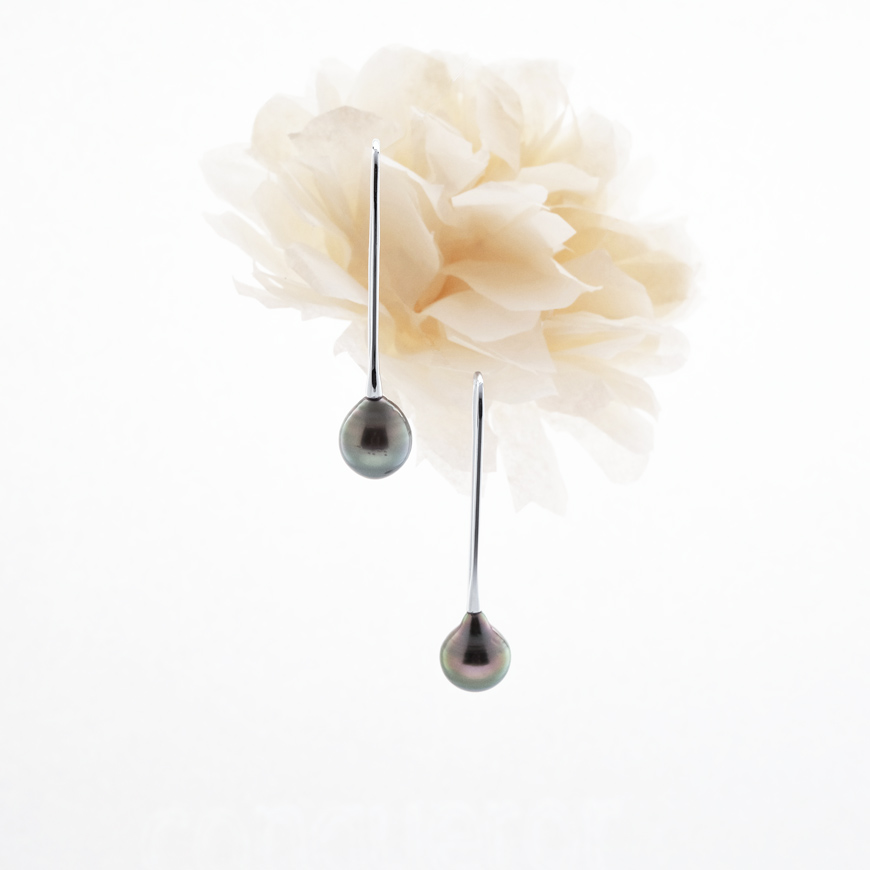 Take their name from the shell that welcomes them. It was the first variety of cultivated oyster that was used on pearl farms. These are small pinkish-white pearls with a diameter of between 3 and 9 millimeters. They are growing mainly in the coastal regions of Japan and China.


At Inédit Joaillier, we only work with the pearl varieties listed above. The pearls of the South Seas (Indonesia, Australia, Tahiti) and the pearls of Japan (Akoya) therefore.
However, so that our article is complete, know that there are still other types of pearls.


In the category of fine pearls, Conch pearls and Melo pearls are in great demand.
Strictly speaking, these two varieties are not completely similar to pearls.

Indeed, Conch and Melo pearls do not contain mother-of-pearl. They are measured in carats and not in diameter. But they are both formed by the animal's defense response. The most sought-after color of Conch pearls is orangish pink. We can also find shades of yellow, brown, golden.

Melo's pearl contains orange colors, bright orange is the most popular. The iridescent effect called "flames" is very appreciated for these two varieties. These classic pearls with a touch of extravagance are found in the tropical waters of the Caribbean (Conch) or the South Seas of China (Melo). They are extremely rare. Their discovery rate is estimated at 1 in 10,000, unlike traditional fine pearls: 1 in 10.

They are mainly cultivated in freshwater lakes and ponds in China. About 10 varieties of molluscs are present in these pearl farms, which explains the diversity of its forms ("grain of rice", button, round, baroque etc.) and an almost infinite number of colors.

Although this appellation matches with traveling, the pearls of Mallorca, inherit this name in reference to their place of manufacture.

Indeed, these are the first imitation pearls that were created. They are made from shell powder or fish scales. Mixed with polyresin pigments, then pressed into a pearl shape, their resemblance to real pearls is sometimes disturbing.


This is why it is important to pay attention to the 5 quality criteria that define cultured pearls: luster, surface (presence of spots), color (homogeneous distribution of color in the mass and interference color), shape (round, near-round, baroque) and finally the diameter.

Pearl are naturally impact resistant, however, sensitive to scratches, so it is important to maintain it. When you are not wearing your jewel with pearls, we advise you to store it carefully apart. Indeed if the pearls come into contact with jewelry set with diamonds or other stones, these will scratch them. Pearls need moisture, don't hesitate to place your jewel case in your bathroom. It is also important not to put perfume on your pearls. The alcohol present in perfumes, lacquers ... attacks your pearls and impacts their shine.

Pearls represent the births of June as well as the 30th wedding anniversary. Sometimes round, baroque, white, pink, black or golden, pearls are plenty and varied, and correspond to all ages !